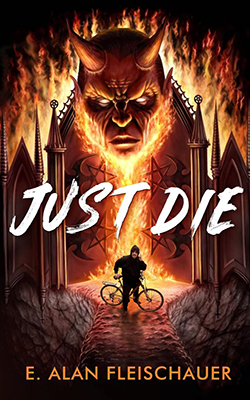 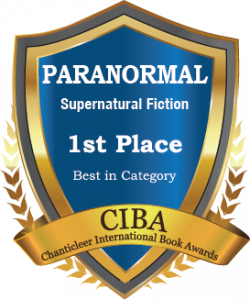 Winner of the 2020 CIBA Award for Paranormal Fiction

Just Die is one of the highly anticipated novels of the year! Author, E. Alan Fleischauer's latest novel dares to ask the question, "What would you do if you suddenly possessed a horrifying superpower?" Just Die is impossible to put down, once you start reading!

Shortly after Jake Silver, a successful young financial advisor sells his business, he suffers a mild stroke and ends up in the hospital. Thanks to some clot-busting drugs, he recovers rapidly, only to find that he is not at all the man he used to be. He discovers that he can point at anything, red squirrels, marauding coyotes, drug lords, dictators, and make it die on the spot. Jake has to decide whether to use his powers for the good of the country or not. 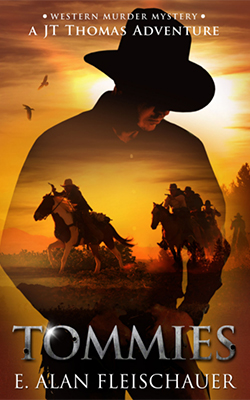 JT Thomas’s new detective agency—Tommies—has arrived on the scene to bring protection to the brave pioneers of the Wild West. But they soon face a grave challenge from an evil, murderous land baron who owns the local lawmen and will stop at nothing to get what he wants.

Meanwhile, JT balances a tragic past and a prosperous future in his new Arizona ranch, the Ponderosa, all the while building a legacy called JT’s World that will transform the desert wastes into a vast, thriving complex and a theater showcase for his talented ward, Madeline.

A must-read for the followers of JT Thomas and all lovers of classic Westerns with a twist. 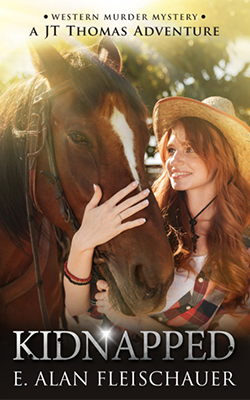 As JT Thomas sets out for new horizons in Arizona, an old enemy reappears and abducts his beautiful ward, Madeline. His new detectives — the “Tommies” — are on the case, but can they rescue her in time? Danger and action abound in this wide-ranging story. 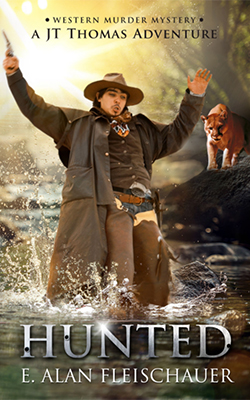 When JT Thomas lost the love of his life to her murderous husband in New York, he returned to the Colorado mountains where it all began. But soon he was fighting for his own survival against an outlaw posse and his old enemy, Jean Cantrell, as well as the brutal winter cold.

With nothing but his wits and will to live, can JT beat the odds and turn the tables on his hunters? And who is this mysterious, wild protector that seems, somehow, so familiar?

Ride with JT and find the answers! 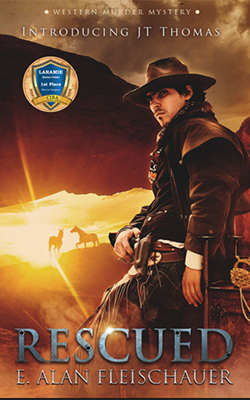 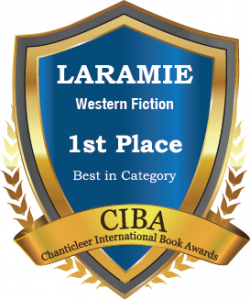 Winner of the Chanticleer International Laramie Award for Best Traditional Western of 2019!

John Thurgood Thomas wasn't looking for trouble, treasure, or love. But when JT came across a wagon of kidnapped women, his Sharps .50 caliber would put him on a path to all those, along with murder, mayhem, and mystery.

From the Colorado plains and mountains of the Old West to the gilded hotels and restaurants of New York, ride with a man who stands up to evil with his guns, fists, brains, and heart. Through it all, JT stays true to his friends and lethal to his enemies. 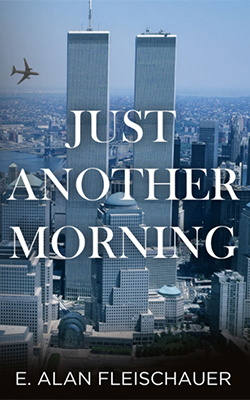 A collection of short stories based on holidays and special events in the United States. They vary in length from short fiction to a novella.

The cover depicts the World Trade Center on September 11, 2001, and the plane crash that changed our world forever. The book's title and one of the stories is Just Another Morning, which it was, until it wasn’t.

The book is dedicated to the people who died on that day and to the survivors whose lives were changed inexorably, especially to the first responders, the brave men, and women who rushed into harm’s way, many never to be seen again.

More than a decade later, America still remembers. And we thank you. 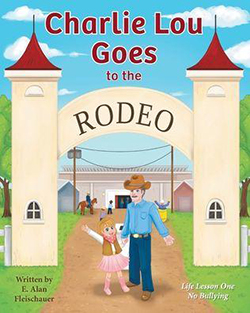 Charlie Lou Goes to the Rodeo

This colorful children's book was inspired by the birth of the author's granddaughter, Charlie Lou. He hopes that this book will create awareness about autism.

Join Charlie Lou as she goes to her first rodeo with her Grandpa Alan. While her grandpa is getting cotton candy, Charlie Lou notices a classmate with autism who is being bullied. Using her quick thinking, she confronts the bully and defends her friend...but the bully retaliates and chases Charlie Lou right into the bulls' arena. Coming face to face with a live bull, Charlie Lou does the only thing she can think of: befriending the bull and offering it cotton candy!

A story about courage, kindness, and acceptance, Charlie Lou Goes to the Rodeo is an entertaining and inspiring must-read for all children.