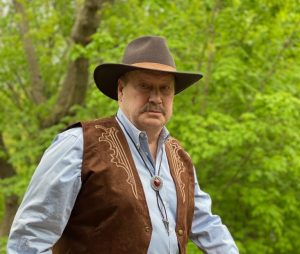 He is the part-time author and a full-time Financial Planner his website Reconfigurement.com introduces his non-fiction book. Reconfigurement is about reconfiguring one’s life after age fifty, panning ahead, and having fun while one is still employed … among many other things. The first three chapters can be found on the library’s website. Additionally, Alan is a classic rock drummer.

His picture book Charlie Lou goes to the Rodeo was inspired by the birth of his granddaughter, Charlie Lou. Mr. Fleischauer hopes that this book will create awareness about autism.

“Just Die” was his latest novel and is about a young man that had a mild stroke only to wake of to realize that he could point at things and say Just Die and they do just that. It introduces Jake Silver and his fight to deal with this special power or curse. It was awarded First Prize in the Chanticleer International Book Awards in the Paranormal Thriller category. All of Mr. Fleischauer’s novels are available on Amazon.

Alan has also won first prize in the 2020 poetry contest sponsored by Two Sisters Publishing. Suicide Is Forever is the title of the poem. Alan lives in Victoria, Minnesota with his wife Paula. 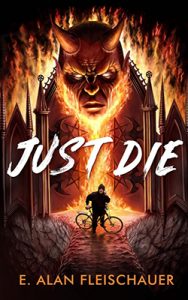 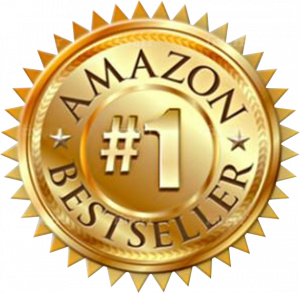 Shortly after Jake Silver, a successful young financial advisor sells his business, he suffers a mild stroke and ends up in the hospital. Thanks to some clot-busting drugs, he recovers rapidly, only to find he’s not the man he used to be. When he discovers that he can point his finger at anything — red squirrels, marauding coyotes, drug lords, dictators — and make it die on the spot, Jake has to decide whether to use his powers for the good of the country.

Smart, fast-paced, and entertaining, this thriller from award-winning author E. Alan Fleischauer belongs on the same shelf as the books of Vince Flynn, John Grisham, and James Patterson.

Every book has a story about its creation, what’s the story behind ‘Just Die’?

The inspiration behind Just Die came from one of my life experiences. I am a financial planner and had a mild stroke a decade ago. I had quite the uncontrollable roommate and at times I would wish that he would, “Just Die.”

I know this may well be a hard question to answer but I have to ask – do you have a favorite character in ‘Just Die’? And if so, why does this particular character resonate so much with you?

Oh yes, I love Omar, the former Green Bay Packer football player. His character just took off on its own and it was a lot of fun to write about his fictitious past. By the way, it was based on Reggie White.

What is the most interesting feedback or question you have received from a reader?

Many of the reviews cited that the book was original and unique which is gratifying. I try in all my books to do something unique and distinctive.

The writing process can be intense. While writing ‘Just Die’ did you learn anything new about yourself?

That’s a good question and the honest answer is I don’t know. Perhaps I learned that I love to write thrillers in addition to the many Westerns that I have written?

I am sure your fans are dying to know what’s next from you. Do you have a new book you are working on that you can tell us about?

Yes indeed. I have finished the first draft of ‘How the West Was Won … Book One: Decimated’. It will be a trilogy and is in part about the decimation of the beavers, the buffalo, the Native Americans, and more. It is a bit different for me in that it is historical fiction with attention to real-life events. After that, I have a follow-up to ‘Just Die’ in mind. In fact, I’ve already written a chapter or two.

“Just Die” is available on Amazon in Paperback and Kindle versions.